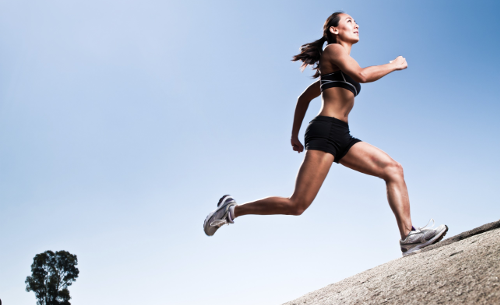 Run for the hills

One of the areas I feel coaches overdo early on when training speed is they introduce too long of a distance for the current level of physical preparedness. For example. Having athletes sprint 60-100 meters early on will lead to poor technique, over shooting their current aerobic capacity in order to recover between bouts, and increasing injury potential due to the tissues not being properly prepared and exposed progressively to stress.

My solution is to introduce acceleration work early on so the athlete can get the force production work on they need without over stressing the mechanical aspect of sprinting too soon. One of my favorite acceleration training methods is to use hills. A slight to moderate grade hill will allow the athlete naturally increase force production due to gravity, and a host of other valuable reasons. Listed below are my 5 Reasons to use Hill Accelerations.

So there you go. Hill acceleration training is a fantastic way to develop explosive power for short bursts of speed.

Oh yeah! Don’t go crazy on the really steep hills. When technique has to adjust too much to account for the steepness of the hill you might have gone too far. Keep it so the athlete can accelerate with great technique.

Get STRONGER, Get FASTER!