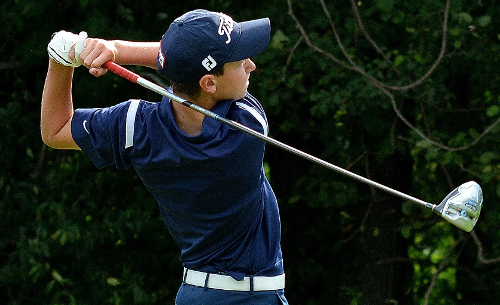 The Hornets competed against mostly larger schools on one of the toughest courses in Northeast Ohio.

“This was a great tournament on a challenging course,” said Kirtland coach Greg Cosimi. “While we were not happy with our performance overall, we did finish ahead of several larger schools.”

Schnur fired a 77 to tie three others for 14th place. He was just seven strokes behind tournament champion Kyle Horvath of Lake Catholic.

“Michael played a great round,” Cosimi said. “With the exception of the seventh hole, he minimized mistakes and shot a very solid 77.”

“Our golfers had the opportunity to see a different type of competition than they normally do,” Cosimi said.

The Hornets return to action on Wednesday when they host Hawken.