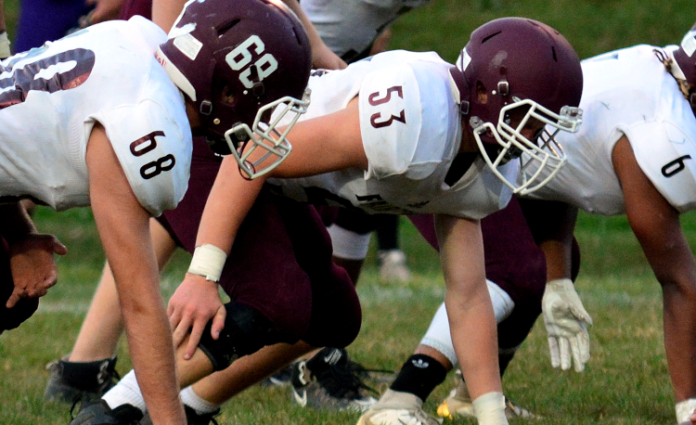 Skippers clicking on all cylinders

Without much of an off-season, the Fairport football team had to rely on the individual work each Skipper put in to set the tone for the 2020 season.

Fortunately, that work went above and beyond what was required and has led the Skippers to a 3-0 start for the first time since 2012.

“The kids have been working hard and they got themselves prepared,” Fairport coach Cameron Ruff said. “They’ve been working hard since November and December and even with the quarantine, they were at home lifting wheelbarrows and whatever else they could find laying around the house. That’s been their goal; to be in the position they’re in now at 3-0.”

The Skippers haven’t just won all of their games through three weeks, they’ve been dominant.

Fairport has outscored its three opponents, 105-7, and has yet to allow a defensive touchdown.

“Our defense has played absolutely lights out,” Ruff said. “The seven points we gave up was on a kickoff return so the defense is still has a shutout. They’ve been tackling well and playing well, flying around to the ball. Our defensive backs have only allowed one completion on the year so far. They’ve been flying around hitting people and having fun.”

The Skipper defense has overwhelmed opposing offenses. They have recorded seven sacks, five fumble recoveries, blocked a punt and picked off four passes.

That success is the direct result of Fairport’s strength and conditioning work.

“Physically, we’ve been the stronger team every single time,” Ruff said. “The offense and defense is just clicking.”

Offensively, the Skippers have had the luxury of throwing the kitchen sink at their opponents.

“We haven’t been a one-dimensional offense,” Ruff said. “We’ve been able to run it well and throw it well, whether it’s short or vertical. Our players have done a good job of getting involved. Wherever our defense is giving us green grass, we’re going to take it.”

Again, the offensive success starts up front with the big guys who have mauled their across-the-line counterparts.

Fairport’s offensive linemen have accounted for 33 pancake blocks in three games. Seniors Dominic Knesebeck and Quentin Piotrowski have done most of the damage with 15 and seven pancakes, respectively. Sophomore Andrew Turner also has seven pancake blocks.

“The offensive line has been outstanding,” Ruff said. “They deserve a lot of the credit right there. Dom Knesebeck and Quentin Piotrowski have been our two senior linemen on the right side of the line and we have a lot of confidence in going their way when we need to.”

Sophomore quarterback Will Fazekas has completed over 70-percent of his passes for 479 yards with three touchdowns and three interceptions.

“He’s been making the reads and the decisions,” Ruff said. “He’s only thrown 30 times or so and has completed 27 of them, so he hasn’t had a whole lot of incomplete passes. He has had a couple of turnovers. We’re hoping that’s just a little rust in his first three starts of his career.”

Junior Josiah Cooper has received the bulk of the carries out of the backfield but freshman Maverrick Piotrowski has been effective when called upon.

Junior Dillon Knesebeck leads the team with 13 receptions for 308 yards with two touchdowns and junior Sam Honkala has hauled in 10 passes for 136 yards.

The Skippers got a boost from the return of a healthy Tai Malone, a junior who has two catches for 57 yards and a touchdown in just two games.

“Everyone who touches the ball has been doing a great job,” Ruff said. “Josiah Cooper has been running really hard for us. Dillon Knesebeck at tight end has been a big-time receiver so far. Just this week we had Ty Malone back. He’s going to be one of our best players. Most times, he’s going to be the fastest kid on the field. He had a couple of catches this week and Sam Honkala has been really good in the slot.”

With so much speed and talent on the offensive side of the ball, the Skippers have a lot of different ways to attack a defense.

“We’ve been mixing it up,” Ruff said. “Different guys can do different things. If one thing isn’t there, we’re going to get the rock to someone else.”

The Skippers will test that strategy on Friday when they host Pymatuning Valley in a battle of unbeaten teams.