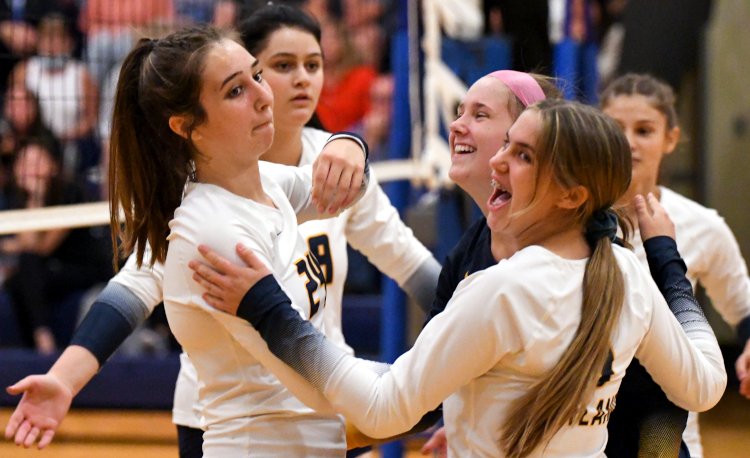 Kirtland opened the season with a road loss to defending Division III state runner-up Independence but the Hornets quickly bounced back and now have won 15 straight matches following Tuesday’s 3-0 sweep at Wickliffe.

Over the weekend, the Hornets went 3-0 against Smithville, Tuscarawas Valley, and Belmont Union Local in a tournament that featured three teams that played in the regional tournament last year. That success landed the Hornets in the state rankings for the first time.

“This was so exciting to see today,” said Kirtland coach Arlayna Newcomer of the No. 20 ranking. “I know the girls are a talented group and I’m just happy it’s getting noticed.”

Despite the attention they’ve drawn from Ohio coaches, the Hornets remain focused on the task at hand.

“We just really try to focus on the next game after we take time to celebrate a win,” Newcomer said. “While we know there are so many exciting games to look forward to, the most important one is always the next one up on the schedule.”

“Natalie and Katie both played great tonight,” Newcomer said. “Our offense really clicked between the two of them. I genuinely think one of the biggest keys to our success is playing like a team. Every single person plays an important role and when everyone does their part, we’re a tough team to beat.”

Glowe is thrilled with her team’s 15-match winning streak and excited the Hornets have earned their first state ranking.

“Being ranked is the best feeling in the world and I couldn’t be happier to be a part of such an amazing team and volleyball program,” she said. “Playing alongside of such talented teammates and pushed by coaches is why I feel so excited for Kirtland volleyball’s future and success.”

Sustaining that success won’t be easy but the Hornets are laser-focused on achieving their goals this season.

“We get back into the gym and work hard every day during practice,” Glowe said. “Our coaches are constantly pushing our limits every time we are in the gym. As long as we continue to get better, work hard, and push each other, we hope to have continued success throughout the rest of the season.”