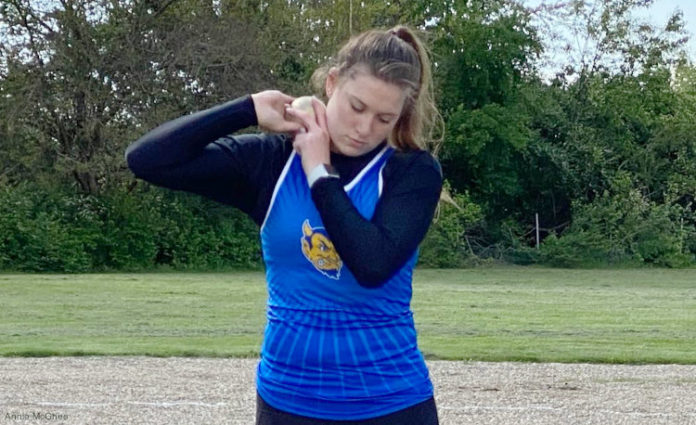 Independence senior Madison Stepanik is headed to the state track meet after earning a second-place finish in the shot put on Day 1 of the regional championships at Massillon Perry on Wednesday.

Stepanik threw the shot 36-feet, 6-inches to punch her ticket to next weekend’s state championships.

The qualifying throw was her first attempt of the day.

Stepanik, whose personal record in the event is 37-11, knows she’ll have to step up her game next week to earn a spot on the podium.

“I wasn’t very satisfied, but I’m glad the throw got me to where I needed to go,” she said. “I definitely need to work on my form when I practice this week.”

She also will compete in the regional discus throw on Friday with the hopes of earning a second state qualification.

“The pressure is still on,” she said. “I know I need a PR to quality for the state meet.”

Jack Taliaferro, Josh Belitz, Zygmunt, and Stralka placed fourth in the 4×200-meter relay with a time of 1:33.60 and Alex Adams, Casey Adams, Ava Moreal, and Leichliter ran a time of 52.43 to qualify for the finals in the 4×100-meter relay.