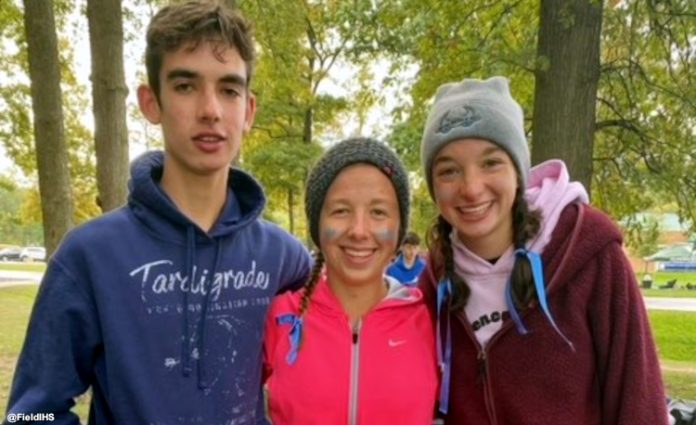 Three Independence runners extended their season by at least one more week after punching their tickets to the regional championships next weekend.

Kyle McGovern, Alana Nowak, and Gabby McGreevy placed among the top 16 or top 20 in their respective races at the Division III Lorain District on Saturday and will compete at the Boardman Regional next Saturday.

McGovern placed 12th by tying his personal best time of 18:08.

“It was very exciting to make it out of districts,” McGovern said. “I had some doubts about if I’d be able to make it since I had a feeling I’d be right on the edge of qualifying or not. Hearing other teams call out the places of runners who I was passing really motivated me during the race because it helped me figure out what I needed to do and who I needed to beat to secure a top 16 spot.”

That strategy paid dividends as he finished well ahead of the qualifying mark.

“Although I hope to soon break 18, I was satisfied with this time because it shows that I was able to still run my best on a slower, muddier course as I was earlier in the season on a flatter, faster course, where I first ran 18:08,” he said.

McGovern plans to employ a similar strategy next weekend with an opportunity to run at the state meet on the line.

“I will approach the regional meet similarly to how I approached districts,” he said. “I started out in about 30th place, and gradually moved up all the way to 12th as my final place. I also pushed myself to run faster during the middle of the race and save nothing for the end, something I’ve struggled with in past races. I will have to have a similar mindset and really push myself to move up places throughout the race if I hope to qualify for states.”

Last fall, Nowak placed 18th, just outside the top 16, and did not advance to the regional meet.

“I was very happy and excited to lock up a spot at districts and advance to regionals,” she said. “Last year, I was a few places off of making it, so it felt good to safely secure it this year with a sixth-place finish. Also, it was good to run against different teams and girls that I don’t usually see to prepare for regionals.”

Nowak knows what it will take to earn a shot at the state meet and she’s ready to do what it takes to qualify.

“Although my time wasn’t a PR, I was happy with my time as it put me in the top 10 at districts,” she said. “This finish gives me confidence that if I really drop the hammer at regionals, I can make it to states and compete with faster competition. My plan is to stay aggressive the whole race and not fade away. I’ll approach it the same way I approach every race, leave it all on the table, and run the best I can.”