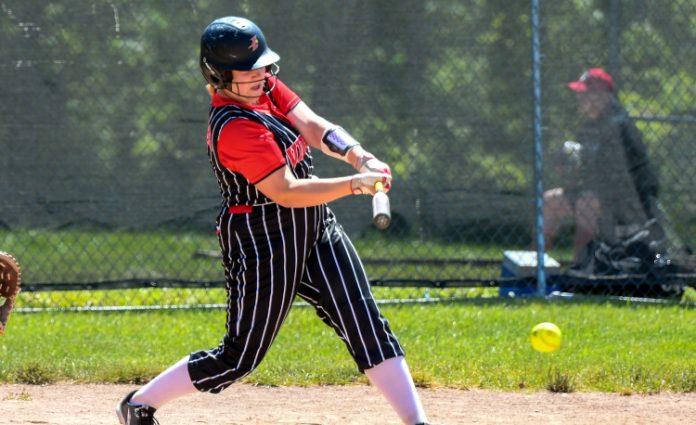 Three athletes have been named Vipers Player of the Week for their individual performances over the past two tournament weekends.

Lizzy Gardner and Kelsie Gaiter earned the honor for the weekend of July 9-10 and Kassidy Samuelraj stepped up her game last weekend.

Gardner led the Vipers 16U team to a 2-2 record at Uncle Charlie’s Midwest Challenge in Ashland.

“For me, this past week was a major breakthrough,” Gardner said. “It feels so good to be able to go out and provide some hard hits for my team. Being able to hit hard means I’m helping the team. Teamwork is what brings real excitement to the game.”

With her strong performance in Ashland, Gardner now leads the Vipers with a .476 batting average.

“In previous tournaments, I have lacked confidence,” she said. “This past week, I tried to have a positive mentality. Positivity can take you so far in just one week. You often hear, that softball is really about your mental state and that is 100-percent true, so the real key to success is to always have a positive mindset in both practice and in games.”

Gardner hopes to build off her success and close out the summer season strong.

“To keep this successful flow going I will always remind myself that if you believe you can, you will,” she said. “A positive mentality can take you anywhere.”

Gaiter was a bright spot for the Vipers 18U team in an otherwise challenging weekend in Ashland. The team finished 0-3-1.

She led the Vipers with a .600 batting average (3-for-5) and scored four runs and drew three walks.

“It was exciting to go into this tournament against harder pitching and hitting teams and rise up to the challenge,” Gaiter said. “Staying focused and hustling on defense really helped with me and my team’s success on the field.”

Gaiter bumped her season batting average up to .421 and she’s confident she’s on the right track heading down the stretch of the summer season.

“From this tournament, I learned that I need to continue to improve my skills and to learn from my mistakes,” she said.

Samuelraj played a key role in the Vipers 16U team going 2-0-2 at the North American All-Sanctioned World Series in Columbus.

The Vipers opened the tournament with a pair of ties on Friday and then swept both games on Saturday. Sunday’s action was rained out.

Samuelraj batted .417 with a pair of doubles.

“It was pretty exciting to go to such a big tournament and to do so well as a team,” she said. “It’s always a fun experience going to tournaments like these.”

Samuelraj was at her best in the circle.

She finished 1-0 with seven strikeouts in 12 innings of work. She allowed 10 earned runs on 24 hits.

“My movement pitches worked really well this weekend and was the main reason I was able to be successful,” she said. “This weekend help me gain trust in my pitches. It also helped me to gain trust for my team to back me up defensively.”

The Vipers will compete in the Hope’s Turn at Bat Tournament in Mayfield and Willoughby this weekend.

Vipers look to Blast off