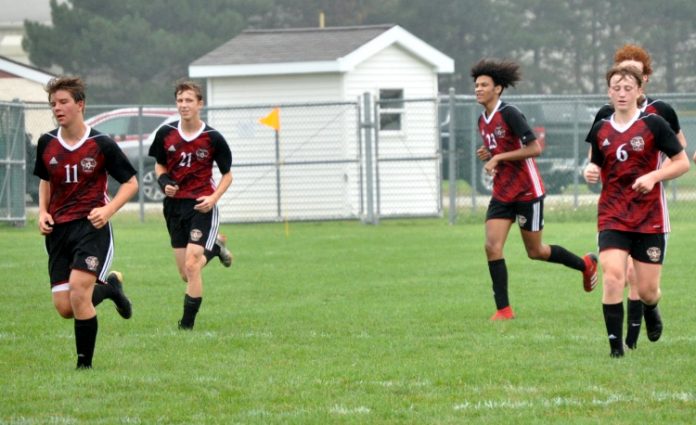 “The team is looking really good this year,” said third-year Chardon coach Mike Smith. “The goal is to keep improving as the season progresses. We have a lot of returning varsity players and should prove to be a tough opponent to go up against.”

Chardon’s graduation losses both occurred in the midfield.

“We are only leaving a few holes behind from last year,” Smith said. “Those holes will be from two senior midfielders, but I am confident the players we have now can play that position at a very high level.”

“Sammy is a very explosive and shifty forward,” Smith said. “(Nathan) is a very strong and tactical player that can pass, shoot, and win headers at an elite level.

Sophomores Carter Mack and Will Vucetic will create in the midfield. Mack finished his freshman season with two goals and three assists while Vucetic scored a pair of goals and assisted on five others.

Juniors Jake Schneider and Keaton Zelazny will be counted on to lock down the defensive third.

“(Schneider is a) really strong defender that can distribute the ball up the field,” Smith said. “Keaton is an all-around defender and hard to beat 1v1. He can win headers and always seems to position himself in the right spots to steal the ball from the opposition’s attackers.”