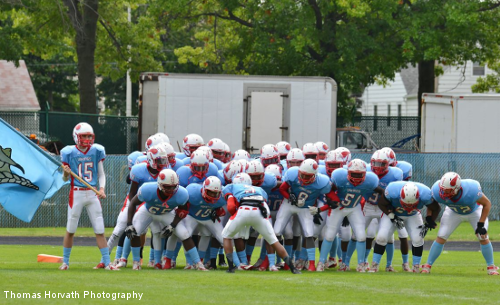 VASJ bounces back in big way over Erie East

Behind a supreme effort from the offensive line, VASJ senior running back Marvelle Ross scored five touchdowns to spark the Vikings to an easy win.

VASJ improved to 3-2 on the season.

"Marvelle ran very well, and the lines played great. Marvelle got behind those guys up front and had a great night," VASJ coach John Storey said.

"We were really dominant on both sides of the ball on the line and that was great to see. It was a long trip, but the miles back seem easy. This is a happy bunch of guys right now. It is a great way to get ready for the North Coast League schedule."

"Erie East had some athletes. It was good to see our guys come out after last week's game and play well. We dominated up front on the offensive and defensive lines."