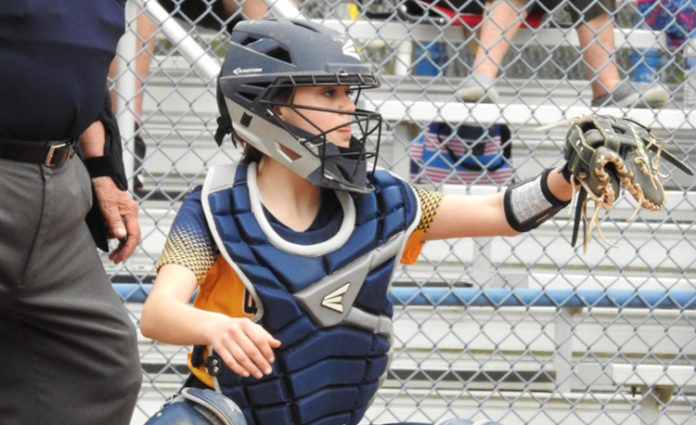 Versatility the key for Wickliffe

The Blue Devils had high hopes for the 2020 season only to see them dashed by the global pandemic that shut down the country.

Now, Wickliffe opens its first season in two years with just one returning starter and a lot of question marks.

“We are in the same boat as every other team this year,” said Wickliffe coach Marlana Mucciarone. “We all lost a season of experience, so it is like we have two groups of first-year players–the freshmen and sophomores. The other common theme is that a lot of teams are facing low roster numbers, which causes a problem with depth and playing a separate JV schedule and developing younger players.”

Mucciarone over the years has been very successful in developing talent, but even she’ll be tested this spring.

The Blue Devils graduated five seniors who would have led the way last season. Wickliffe also lost out on valuable experience for the younger players who are now going to take the field for the first time in two seasons.

“Instead of having six returning varsity players, we only have one returning starter and two others who have seen varsity time from their freshman year,” Mucciarone said. “Needless to say, I was very apprehensive on what to expect this season. However, once practices started, I must say that I was pleasantly surprised with the overall versatility and athleticism, especially from our younger girls. I am very excited to see what our first-year players contribute this season.”

Wickliffe finished 14-6 overall and 10-2 in the Chagrin Valley Conference Valley Division in 2019.

With the addition of Crestwood, the Valley Division will be as rugged as ever but Mucciarone believes her squad has the potential to challenge for the league crown.

“Overall, I think that we will be very competitive this season,” she said. “I feel everything is really starting to fall into place for us. The girls are becoming more comfortable playing with each other, rising to the expectations, and learning the game. We are improving every day, which is exactly what needs to happen. We will undoubtedly experience both successes and failures throughout the season, but how we learn and rebound from our failures is what will allow us to grow as a team.”

Mucciarone will lean heavily on seniors Mia Welms and Kaylee Lauriel to lead the way this season.

Welms will become a four-year starter this spring. In 2019, she batted .400 with six doubles, a triple, two home runs, 27 runs scored and 23 runs batted in. She also stole eight bases on her way to being named the team’s Most Improved on offense and a CVC honorable mention selection.

As a freshman, Welms spent most of her time in the outfield and served as the team’s backup catcher. She moved into the starting role behind the dish as a sophomore and this year will be her second season as the starting catcher.

“She will play a pivotal role in the lineup as she hit .500 as a freshman and .400 as a sophomore,” Mucciarone said. “Mia is a very versatile athlete who can play multiple positions on the field. She not only has the most experience on the team, but she also has a very high softball IQ. Defensively, with her behind the plate, we will be able to control the running game. Offensively, she is aggressive on the bases and will use her speed and knowledge to put pressure on the defense.”

Lauriel, an Edinboro soccer commitment, will start at shortstop after moving over from third base.

“She has the best glove, quickest hands, and most accurate arm on our team, making short an ideal position for her,” Mucciarone said. “Based on what she has done at practice last year and this year, she will also find herself near the top of the lineup. Even though Kaylee has yet to play in a varsity game, I have high expectations and am excited to see what she can do. She is a versatile athlete and quick study. Kaylee is a good role model and leader on the team because she takes initiative, has a strong work ethic, and has a positive attitude.”

Sophomore Abby Schneider is expected to handle most of the pitching duties.

“Our infield will be solid and I am very happy with how they have been progressing in practices and showing improvement daily,” Mucciarone said. “Mia Welms will be our rock behind the plate. Abby Schneider will be our workhorse starting in the circle every game. Abby also has a big bat and will probably be in the four or five spot in the lineup. Much of a team’s success stems from good pitching and catching. Abby and Mia have been working together very well and if they stay focused and play with the intensity I know they can, they will set our team in the right direction this season.”

Timothy provides a solid one-two punch with Lauriel up the middle.

“I like to call Haylee ‘Miss Versatility’ because she literally has played every position on the field over the last few seasons,” Mucciarone said. “She will spend most of her time at second base this year, but may also spend time at catcher and pitcher if needed. And offensively, Haylee has also learned to drag bunt from the left side and is learning to slap.”

Butler, Gazdak, Bishop, and McCandlish all have the ability to play first and third.

“We will have several players holding down the corner positions,” Mucciarone said. “Bryanna Butler, who lettered her freshman year, would be playing a corner position. However, she is recovering from a knee injury and not fully cleared to play yet. Hopefully, she will ready in the near future as she played a vital role in the lineup her freshman year. To cover the corners, three freshmen have stepped up and have been impressive in practice. Mackenzie Gazdak will start at first base and will also pitch. Samantha Bishop and Emma McCandlish should both see time in the infield at third base. Samantha can also play shortstop and catcher, while Emma can also play second and outfield.”

“We will have a very strong outfield this year,” Mucciarone said. “Laylah Ruscin will be our starting center fielder. She would have started here last year, too, as a freshman. Based on what I have seen in practice, I think Laylah will be one of the best players I have coached. She is the fastest girl on the team and uses her speed and natural athleticism to track down fly balls effortlessly. In addition, she has a cannon for an arm and has one of the best swings I’ve seen. Lauren Bunn will also see time in the outfield as well as first base. She has a strong arm and big bat and I am excited to see what she will do this season. Carla Sakacs will be our other starting outfielder. As a freshman, I see a lot of potential in Carla and have liked what I have seen so far.”

While Schneider will log most of the minutes in the circle, Lauriel, Timothy, and Gazdak will provide relief.

Wickliffe’s versatility is its strength.

Multiple players can fill many different roles on the field and the Blue Devils will maximize that versatility this season.

“Every season is like putting together a puzzle because you have to figure out how the pieces fit best,” Mucciarone said. “The girls know they need to be able and willing to play various positions to the best of their ability when asked. This year, it is even more critical to be versatile because not only our lack of depth but also because COVID or injury can totally change our lineup in an instant.”

The Blue Devils are as dynamic at the plate as they are in the field.

“Everyone not only works on swinging away, but everyone can also lay down a bunt from either side of the plate,” Mucciarone said. “This gives us the opportunity to play small ball to move runners and put pressure on the defense.”

According to Mucciarone, another key to Wickliffe’s success is developing a mental toughness that will allow each player to overcome any adversity she faces this season.

That starts with a focus on the fundamentals.

“Every season I pick a quote to go on the back of our practice shirts to use as a theme for the season,” Mucciarone said. “This year it’s, ‘Focus on what you can control.’ There is so much about the game of softball that is out of our control, especially in the past year. Our team discussed that in order to have a successful season we need to focus on controlling the controllables. You cannot control the weather, the other team, umps, COVID, etc., but you can control things like your attitude, work ethic, focus, effort, being a good teammate, and being coachable. So, if we are able to focus on what we can control, we will have a more successful season.”

Wickliffe rallies for win in first-place showdown at Crestwood

The Bar is Set High at Madison