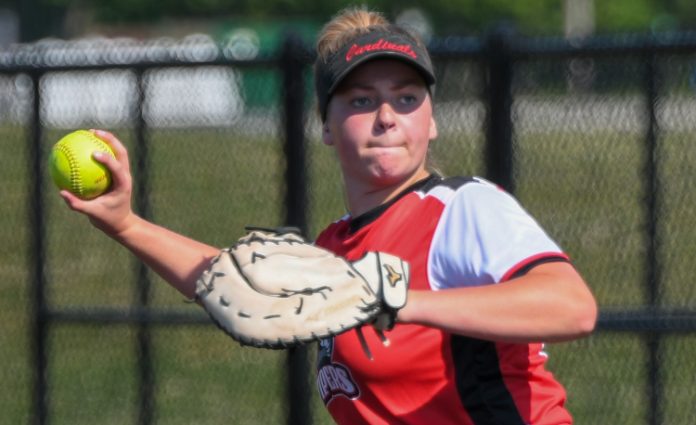 Vipers 18U went 2-0 on the first day of the 2022 Ohio Blast Father’s Day Classic on Friday in Springfield.

The Vipers opened the tournament with a 14-2 win over Velocity Fastpitch and then blanked Team 3n2, 8-0.

Megan Mlinaric did it all for the Vipers.

She threw a three-inning no-hitter in the first game and went 2-0 in the circle. She allowed just two earned runs on one hit and struck out nine in seven innings of work.

At the plate, Mlinaric batted a team-high .750 (3-for-4) with two home runs and a team-best seven runs batted in.

Gianna Cantini was .667 (2-for-3) with a double and three runs scored. Jensen Sminchak and Christina Dalton both hit .500 (2-for-4). Sminchak had a triple and four RBI while Dalton doubled and knocked in two runs.

Bella Carcioppolo was 2-for-5 and scored a team-high four runs. Nia Guess doubled.

The Vipers close out pool play against ROC Elite on Saturday at 12:30.