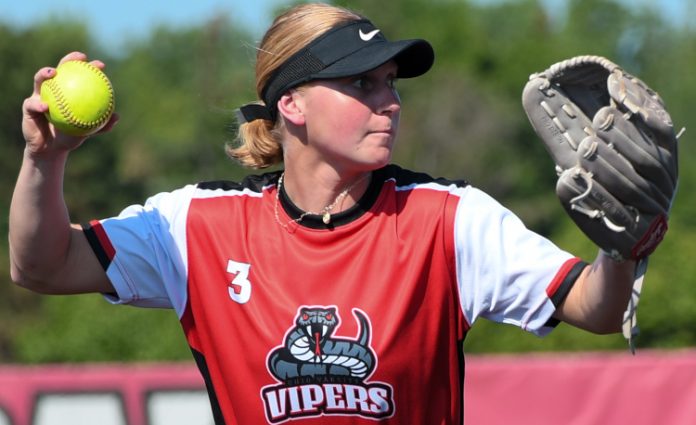 After a strong finish in the season-opening tournament in Findlay last weekend, the Vipers 16U teammate puts its 6-1-1 record on the line beginning on Friday at 2:00 p.m.

The Vipers open the tournament against Ohio Blast ’06-Koblek and then play Pittsburg Pride 15U at 3:30 p.m.

They’ll continue pool play on Saturday morning with an 11:00 a.m. game against the Windsor Wildcats.

The Vipers 18U team seeks redemption after dropping its two bracket play games in Findlay last weekend to finish the tournament 3-2.

They’ll open the Ohio Blast tournament on Friday with a 5:00 p.m. game against Velocity Fastpitch and then play 3n2-Sersevic at 6:30 p.m.

The Vipers will complete pool play at 12:30 on Saturday against ROC Elite and then begin bracket play on Sunday.

Click here for tournament information and directions to the ballpark.