West Geauga looks to bounce back 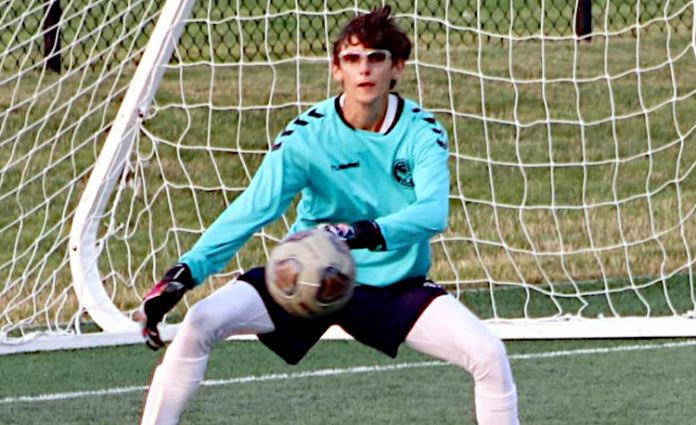 With six starters returning from last season, the Wolverines hope to bounce back and compete for a league title and more.

“We must stay healthy and hopefully not have the injuries we had in 2020 when two key players were injured during the first game,” said West Geauga head coach Mario Gerhardt, who is in his 52nd season as a head coach. “We need to play better possession ball and not rely on counter-attacks and the long ball for our goal production.”

The Wolverines finished 6-9-2 last season and went 1-1 in the playoffs.

Expectations are higher this year with 16 returning letter winners and a host of eager players ready to leave their mark on the program.

“We had a busy summer schedule of open field play, training, friendly games, and tournaments,” Gerhardt said. “The summer sessions were attended mainly by the younger players who are eager to challenge the returning seniors for their positions.”

Five seniors are among the players Gerhardt expects to step up this season.

DiLalla scored 14 goals with five assists in 2019 but dropped to six goals and four assists last fall. Gerhardt expects to see a healthier DiLalla return to his 2019 form.

“Joey is our playmaker and our motor,” Gerhardt said. “If he has a good season, so will the team.”

Joining DiLalla in the midfield is senior co-captain Ayden Vargo, who scored one goal with two assists last year despite missing most of the season with an injury.

“A highly skilled player, Ayden takes most of our free and corner kicks,” Gerhardt said. “Last year, Ayden missed almost the entire season with a broken collar bone and he did not return into the line-up until the playoffs when he scored one goal against Girard and had two assists against state-ranked and regional finalist Poland.”

“As the No. 9 target player, the team will count on Ricky to hold the ball for Joey and Ayden and to beat opposing defenders during counter-attacks. Ricky is quick, fast, and aggressive, and he will make life miserable for the defenders responsible for marking him.”

“A midfielder and forward during his previous three years on the varsity, Cole wanted to anchor the defense this year,” Gerhardt said. “His goal: to shut down our opponents and to get involved in the scoring on restarts.”

Timm has played forward and in the midfield but will drop back and guard the net this season.

“Like Cole, he is a team player,” Gerhardt said of Timm. “The team needed a keeper and C.J. volunteered.”