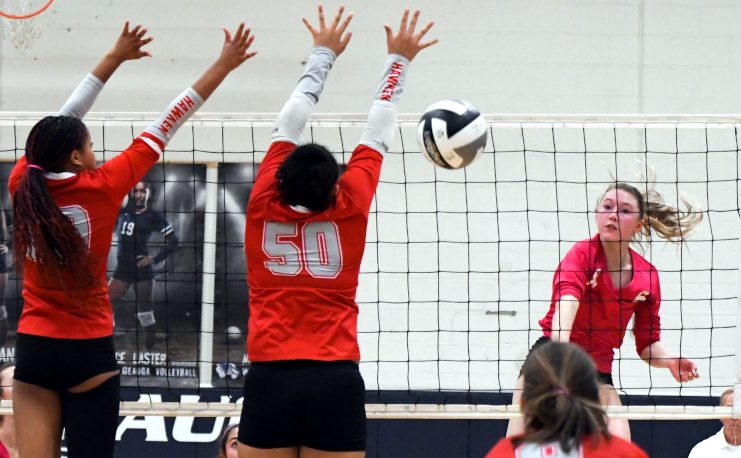 “It is so exciting to continue my education and volleyball career at the next level because it has always been a dream of mine to compete at the collegiate level,” Danszczak said.

Slippery Rock began recruiting Danszczak back in the spring.

“The process was smooth sailing,” Danszczak said. “There was great communication from both ends and the coaching staff at Slippery Rock made it even better. Slippery Rock has a great Exercise Science program, which first got me interested in there. Then, when I had my first visit, I fell in love with the campus. Soon after that, I had an overnight visit and I know SRU was the perfect fit for me.”

In addition to Slippery Rock’s academic offerings, Danszczak felt right at home with the coaching staff and her future teammates.

“Coach (Laurie) Lokash and Coach Erin (Street) are both super nice and approachable,” she said. “When I had my overnight visit, I got to spend some time with a few of the players and felt extremely welcomed. I immediately knew that Slippery Rock was the school for me when I met the coaches and players.”

Danszczak was recruited as an outside hitter.

“I think I will fit great in the role,” she said. “I have some tough shoes to fill, but with the help of my future teammates, I think I will be a great fit.”

While she’s excited about her future at Slippery Rock, Danszczak is keenly aware her time at West Geauga is short.

“I will miss my friends at West G the most,” she said. “I made so many close friends over the past years and will miss them the most. I will also miss the entire volleyball program and Coach (Amber) Baker as they both have supported me since day one.”