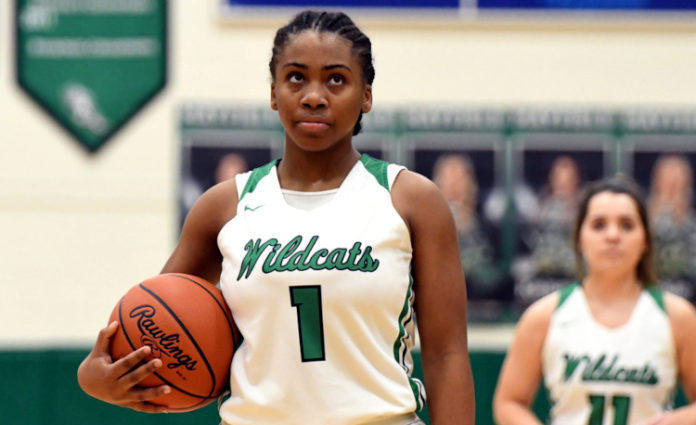 Mayfield closed out the regular season with a dominating 61-33 nonconference win at Lakeside on Wednesday.

“I think the biggest thing in the first half was just starting fast,” said Mayfield coach Ryan Looman. “We came out aggressive and played fast. In the last couple of games against Chardon and Cuyahoga Falls, we had some really slow starts filled with hesitation. Tonight, we were able to move more fluidly on offense, which created some open looks and led to six first-half 3-pointers. On the defensive end, we limited them to one shot for most of the first half and did a good job rotating, communicating, and rebounding.”

Mayfield’s offensive success started with the Wildcats playing unselfish basketball. In all, 11 different players scored in the game.

Ashley Dearden led the Wildcats with 10 points while Alex Duncan, Uriah Jennings and Hannah Peterson each contributed with eight. Olivia Nicolli and Reagan Sovchen both scored five points in the win.

“Teamwork was really the catalyst to getting everyone involved,” Looman said. “Plenty of extra passes, unselfish play, and enthusiasm led to the ball finding the open player. There wasn’t much ISO-ball going on. Most of our looks in the half-court were the result of discipline on offense and every player entered the game with the mindset of scoring when the opportunity came to them. I was really happy to see different players step up throughout the game.”

The Wildcats worked hard to contain Lakeside standout Hailee Aguinaga, who scored most of her points in the fourth quarter when the game already had been decided.

“She is a nice player for them without a doubt, but we were able to hold her under 10 through the first three quarters,” Looman said. “Trying to contain her was one of our goals going into the game. Being the second time we’ve played them, we knew what to expect and what her game was. Before the first game, we didn’t have the practice to prepare and went into the game a little blind. Coming into this game we were able to spend some time yesterday working on our backside rotations and going with a full front in the post rather than a 3-4. We wanted that hard pinch from the backside, especially playing without our backup post player. To her credit, she kept working and eventually got some matchups that she could take advantage of.”

Mayfield is one of the few programs in the area to play a full complement of games during the regular season.

“I’m proud of the constant enthusiasm our kids played with tonight,” Looman said. “It was awesome to see our five seniors playing in longer spurts together and seeing the underclassmen on the bench cheering them on. I also want to thank our parents and our administrators for doing everything they could to make this season happen. From the constant changing of schedules to the worries of this pandemic, they were so supportive. We played a lot of road games and had some long trips this year just to make it happen, but the willingness to give our girls a chance to compete was unmatched.”