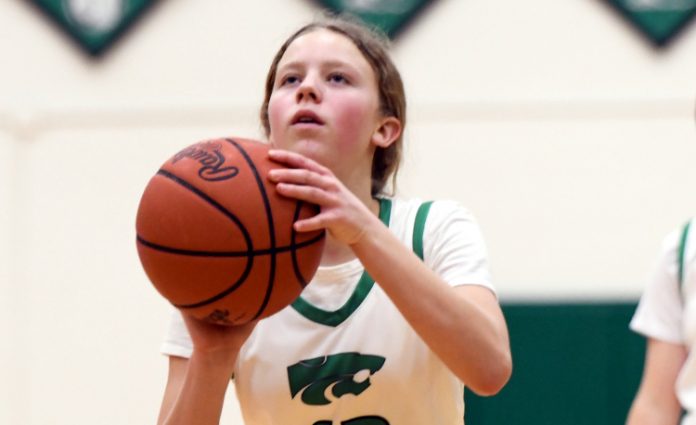 The Wildcats trailed the Rebels at halftime, 22-15, but outscored their hosts in the second half, 33-19, to seal their eighth win of the season.

“It was not our best performance in the first half,” said Mayfield coach Cullen Harris. “We were kind of sloppy and lackadaisical, so we kind of challenged the team at halftime and we challenged some of our younger kids who are sophomores and kind of put it to them. You’re not inexperienced anymore, you’ve played 14 games, so we need you to step up and take those open looks and quit deferring to others. They took that call and made a couple of shots, and we were able to swing the momentum in the third quarter and held on in the fourth.”

Jenna D’Angelo was another sophomore that stepped up in the second half to help the Wildcats overcome their first-half deficit.

“I was very pleased,” Harris said of the offensive production. “Having been a head coach for a number of years, I understand there are going to be growing pains and there’s going to be a learning curve. That’s part of the development and part of the process, so I’m excited with what we’re doing. Sometimes, they get a big moment to kind of step up and take that challenge, and they may fall flat on their face, and we’ve had that happen to us earlier in the year where we’ve been challenged and didn’t answer the bell. We’re very comfortable with what our team is doing and how we’re growing.”