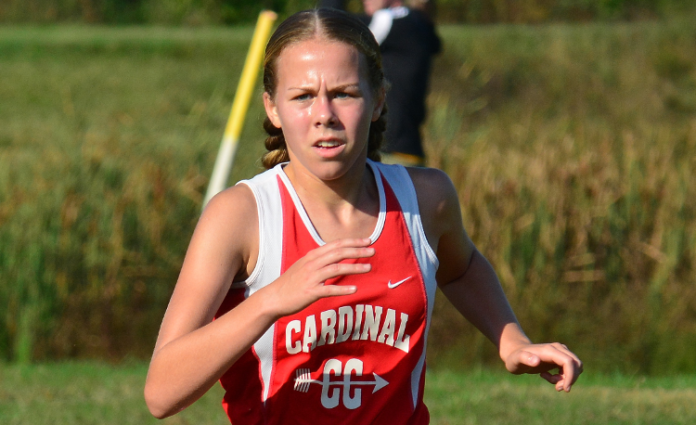 Young Huskies off and running

That has forced several young runners to mature in a hurry. After Monday’s season opener at Lakeside, the Huskies are optimistic heading into Saturday’s Berkshire Early Bird Invitational.

“Having lost five seniors from last year, a lot of young runners have needed to step up into leadership roles and so far we have accomplished filling those roles,” said second-year Cardinal coach Tyler Jones. “We also have a lot of new faces on the team, which has been great for the program as a whole. Compared to last year, we have really increased our workload and I think the kids are responding well to the change. As a team, we look to be as competitive as possible in our conference and district meets this year and we may have a couple individuals who have breakthrough seasons.”

The Huskies have the potential to improve upon that performance this season.

“The team’s success will depend on their consistency in training and how they are preparing themselves mentally before each and every race,” Jones said. “If we do those two things, we’re sure to have positive results.”

Sophomores Trevor Bachna and Gene Henrie are among the returning starters on the boys’ team.

“With three starting seniors from last year graduating, the team is in need of young runners to step up and fill leadership roles. Trevor has done a great job of stepping up so far,” Jones said. “Trevor has shown a lot of strength and toughness in his training this year and will look to build on that as the season progresses.”

“Another young runner who has done a great job in stepping up into a leadership role, Gene Henrie looks to improve this season,” Jones said. “With the increase in training and his heart and attitude, good things are sure to come this season.”

“Anna is a new addition to the cross country team. She has shown a lot of success as a sprinter on the track team and now we’re looking to see what she is capable of on a cross country course,” Jones said. “So far, Anna has handled the shift in training to longer distances really well and we’re sure her speed will be a huge asset in races.”

“With a lot of seniors graduating, there is a need for younger runners to step up and take on leadership roles. So far Jenna has done a good job of filling this role this year,” Jones said. “Jenna is coming off a good track season and will be looking to continue this success.”