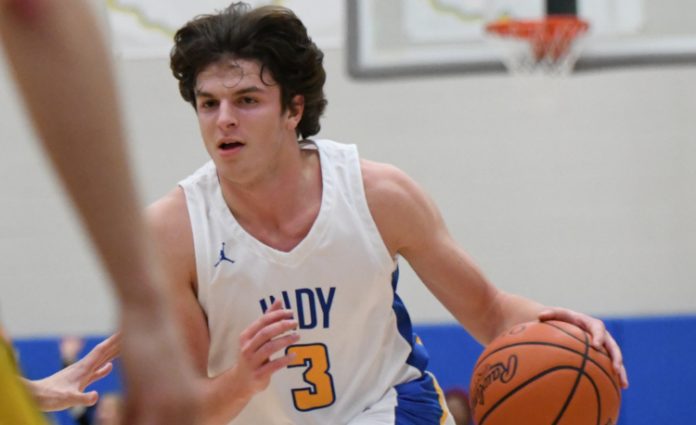 Kyle Zygmunt scored the 1,000th point of his career but Independence fell in overtime to visiting Revere in a nonconference game on Monday, 75-71.

The Blue Devils rallied from an eight-point deficit in the fourth quarter to force overtime.

“I’m proud of the team for not backing down,” said Zygmunt, who scored a game-high 24 points. “We played five games in seven days; in my opinion, it says a lot about out character as a whole.”

Revere led 42-36 at halftime and pulled away in the second half multiple times.

Independence responded with runs of its own.

Zygmunt achieved one of his goals when he reached the 1,000-point mark.

Throughout his career, Zygmunt consistently has been among Independence’s top scorers and defenders. He has raised the bar in his senior season.

“He has been the foundation of our success since we arrived here at Independence,” said Independence coach Kyle Johnson. “What makes him special is he isn’t just a scorer. He’s a tremendous passer, defender, rebounder, and teammate. I couldn’t be happier for Kyle and am fortunate to coach a player of his caliber.”

Independence dropped to 3-5 on the year but the Blue Devils have played a very challenging schedule in preparation for what they hope is a long postseason run.

“We just need to learn from our mistakes and improve our chemistry together,” Zygmunt said. “A lot of the newer guys too are starting to understand the game better.”